The YWCA of the USA has been active for over 150 years, and a substantial portion of their extensive records are now digitized and available online for students, researchers, educators, and the general public to access at no charge.

Photographs show Navy Yeomanettes during World War I, international relief work through World War II, health education in the 1960s, racial justice roundtables in the 1980s, 20th-century YWCA print publications, and much more. The materials shed new light on the YWCA’s groundbreaking work in over 40 countries, aiming to empower women and fight racism.

Anyone interested in exploring the newly digitized materials may begin here or by visiting the Five College Digital Repository (COMPASS) at bit.ly/YWCArecords.

With over one million photographs, publication pages, and rolls of microfilm, cataloging and digitizing the records has been no small feat. Starting in 2003, the YWCA began donating their records to Sophia Smith Collection of Women’s History at Smith College. A dedicated staff of archivists, curators, and catalogers have worked tirelessly since then to make the materials accessible, all thanks to a generous $250,000 grant from the Council on Library Information and Resources (CLIR). 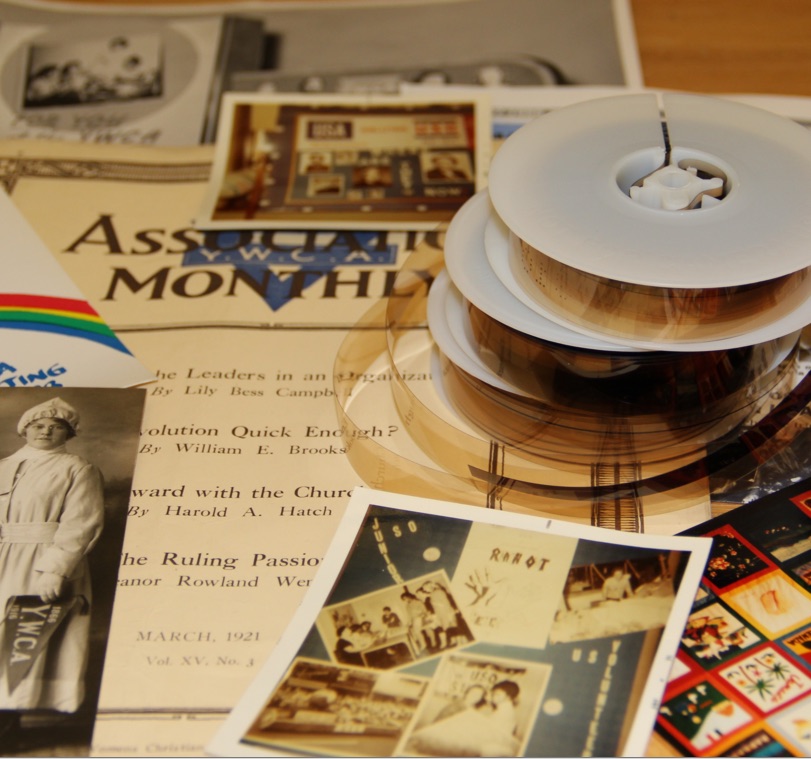 I Spy the YWCA USA Records is the project blog for the Smith College Special Collections YWCA USA digitization project. We hope to encourage transparency, and collaboration through discussion, and documentation.

Up to the minute