A Moment of Peace and Understanding through Turmoil:
A Buddist Meditation Experience 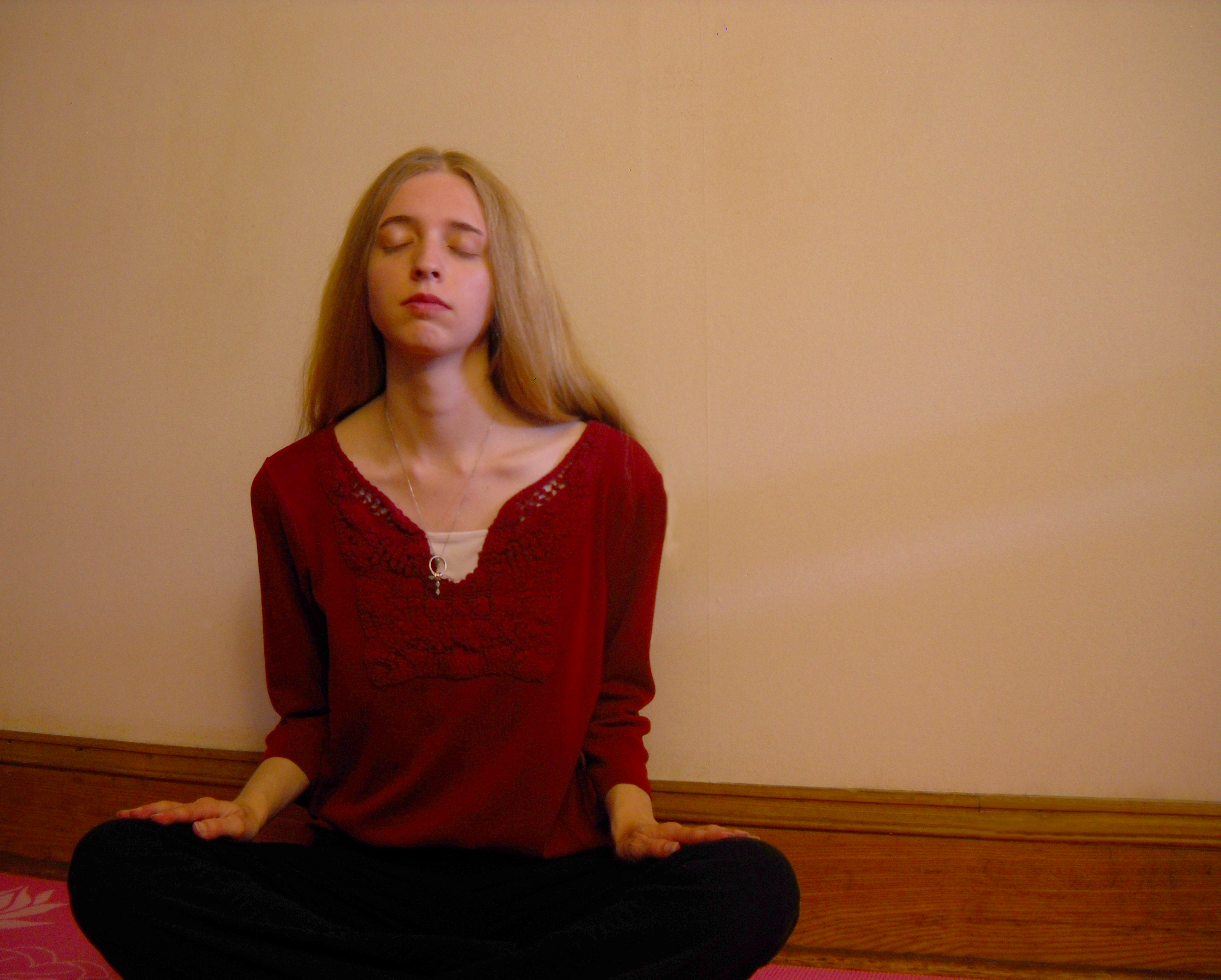 After participating in Monday’s 5:00-6:00 p.m. Buddhist Meditation in CC 102, led by Sensei Ryumon Baldoquin, I find myself saying yes to both of these questions.

I have tried to meditate in the past, but could never quiet down the thoughts that kept buzzing around in my head, especially when I was stressed out. This past week, or month rather, was no exception. With a new school year, feeling overwhelmed by schoolwork as we all find ourselves at one point or another and personal turmoil as a writer who lost her confidence and other issues, I was an emotional mess who couldn’t find a moment of peace even when she tried.

But that all began to change once I sat down and took time for this meditation.

It was a very small group composed of faculty and fellow students, including young children and friends that came with an Ada. Ryumon Sensei told us about how the meditation, up until last year, was held in the Chapel, and then moved to the Campus Center because of “the natural lighting and the space”. After introducing ourselves, we meditated for 20 minutes and checked in on how we felt after the experience, if we felt comfortable to do so. We then concluded by meditating a second time for 15 minutes.

I closed my eyes and sat in a lotus position with my hands on my lap. It began to grow silent in the usually noisy environment of the Campus Center as Ryumon Sensei tapped a meditation gong three times to help transition to a quieter space. During the remaining time, before the gong was tapped again as a signal for us to return to our physical state, I drew inwards and paid attention to my deep breathing.

It took a bit of time for me to really quiet my mind and avoid the temptation to open my eyes because of how anxious I have been during the past few weeks. But I eventually let those thoughts go. If anything else popped into my head, I let the idea appear and pass through. Two images stayed with me: a pen, symbolizing my passion and gift as a writer, and a man that means the world to me for his influence on my life, but I will keep further details of this person private.

As the noise silenced around me, the sides of my legs began to ache for the amount of sitting I had to do. But soon my muscles began to ease and the tightness vanished. My hands moved from my lap and came together as if in prayer, folded out as if holding energy in my hands, and then back to my lap to rest. I also noticed something else: my lower back was in pain. It felt like a rock, a tightness that resembled the burdens I have carried that continued to weigh on me even when I had good days.

It eased, just like my legs did. The burden began to lighten, expanding to release the aches it clung to. By the time the gong was rung to come back, my lower back felt freer and relaxed. When we all came to, we put our hands together and bowed.

I shared with the group how I began to experience this sense of comfort in my heart as the meditation went on. I felt afterwards that I would be OK, I would find my way back as a writer, and I just had to take it one day at a time. I mentioned my turmoil during the past few weeks and how I couldn’t find time to be with myself, and just breathe. The meditation helped me finally find that sense of peace, and I felt so much calmer from it since.

Ryumon Sensei thanked me for sharing my thoughts and said this, “Spoken like a true zen master.” After others in the room shared similar experiences, she encouraged the children present to count how many times your stomach poked out during the meditation and even added this: “Meditation is actually natural.”

I agree with her; I believe it is too.

We then transitioned back to our last 20 minutes of meditation through a bow and the tapping of the gong. The second time was a bit harder because of the children counting in whispers, but I was able to focus on my breathing and calm myself further than I was prior to the first meditation. I still felt some tightened muscles, but they eased again.

I did notice one big difference: my back had no burdens like it did in the very beginning. If there were small burdens still, they disappeared as well. No images came to mind this time, but it was OK. My focus was on feeling better, and taking advantage of this hour I had to be in a state of calm and content.

We bowed one more time when we all came to, and that concluded the experience as Ryumon Sensei thanked us for coming to the meditation.

For me, it was much needed. I would go back, and I want to. Sometimes we need to take care of ourselves despite the chaos around us and take a few minutes, or hours, to breathe, find your center and remember that you matter too. I had struggles since that night, but they have now eased, and I believe the Buddhist Meditation played a role.

If any of you can spare an hour on a Monday evening, attend Ryumon Sensei’s Buddhist Meditation and take advantage of the time to breathe, and find peace. Even if you struggle at first, you can only get better at it with time, and it’ll be worth it.

You’ll walk away better understanding yourself, and finding peace when you need it most.