This spring, we’re exploring the breadth and depth of ways our students engage with faith, religion, and spirituality. Whether it’s through activism, food, secular programming, deep text study, or something else, students can find resources and programming at the Center for Religious & Spiritual Life. Here are just some examples of what we do.

Message from the Director 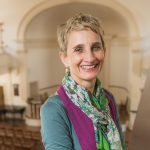 Dear Friends,
Now more than ever, even in secular New England at Smith College, religion matters. Eboo Patel, founder of the Interfaith Youth Core, says that the question of how people orient around religion or interact with one another, whether that be based on conflict or cooperation, will be one of the most engaging issues of the 21st century. READ MORE

A Contemporary Perspective on Islamic Traditions 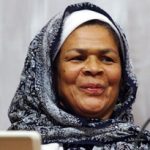 About 25 Smithies gathered to dine with Muslim scholar, author, activist Dr. Amina Wadud during the February 9 Jummah Prayer Lunch. Dr. Wadud, professor emerita at Virginia Commonwealth University and research scholar at the Starr King School for Ministry in Berkeley, CA, specializes in gender and Quranic Studies. She came to Smith as part of a two-day conference, entitled “Contemporary Women in Islam Politics and Identity Conference,” sponsored by the Lewis Global Studies Center. Su’di’ Abdirahman ’18, who served on the conference steering committee, invited her to the student-led prayer service at the Helen Hills Hills Chapel. READ MORE 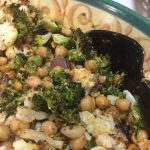 Here at the Center for Religious & Spiritual Life, we think it’s important to offer programming for students who are atheist or nonreligious. That may sound counterintuitive, but in fact it’s a vital part of what we do. When asked “Which religious, spiritual, or philosophical tradition do you practice or identify with?”, 28% of students who responded said “None” and 18% said “Spiritual but do not identify with a religious tradition or group” (Enrolled Student Survey 2017). In other words, nearly half of Smith students don’t identify with a specific faith. The secular programming we offer gives these students a chance to get in touch with their spiritual side. READ MORE 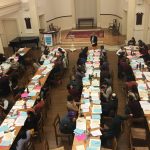 The Talmud is a unique compendium of literature going back in its roots 2000 years. The rabbis edited and redacted religious law, philosophy, and story into 63 tractates. The Talmud forms the backbone of Jewish practice and cultural identity. But the Talmud has always been seen as a document by those in power. Inclusion of LGBTQ people has not been associated with Talmud study—until now. READ MORE