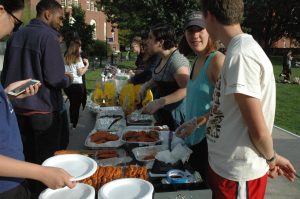 A few weeks ago, a student group organized a fundraiser for hurricane relief in response to the natural disasters affecting Puerto Rico and Mexico. With the support of the Center for Religious and Spiritual Life, a range of delicious Latin American and Mexican dishes were served and prepared by students including Arroz con habichuelas y frijoles, Tostones, Esquite, Flautas, and Horchata.

Sofia Goetz, a junior Government major and Latin American Studies minor, helped to organize the fundraiser—as someone affected by recent natural disasters, especially Hurricane Maria in Puerto Rico. Most of the members have ties to Mexico and Puerto Rico and cooked food that was culturally important to them. Though the group of students doesn’t have an official name yet, its goal is to help those affected by recent natural disasters. 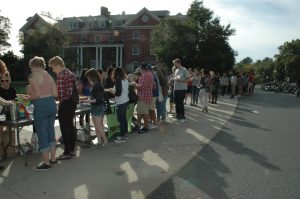 “Our organization hopes to give aid and enact change for the communities already underrepresented within the international community.  This change could include educating the Smith community and the Pioneer Valley community about the countries and colonies, organizing for support from the Smith and Pioneer Valley community, and putting the spotlight on these communities so they can no longer be neglected by people who ‘just didn’t know about it,’” said Goetz.

The fundraiser was a smash hit, with Smithies lining up to support disaster relief and enjoy homemade food; the student group was able to raise around $1,500! 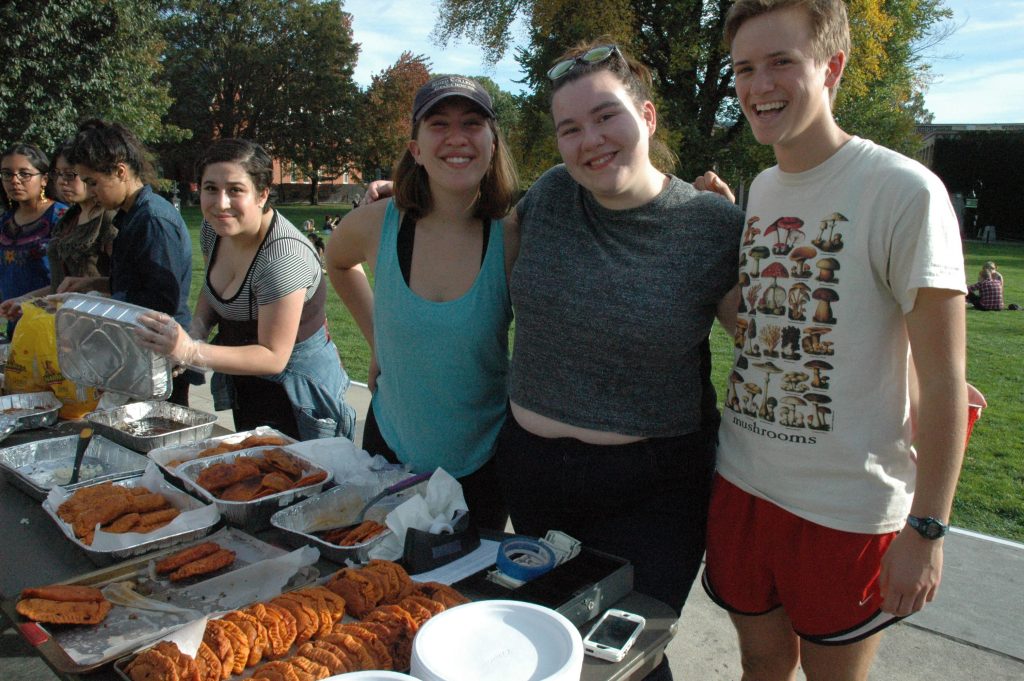 Sofia Goetz (center, in light blue) and other volunteers

“I am incredibly grateful and I know the rest of the group is as well. The next step we are focusing on is choosing a charitable organization to donate the money to that is trusted and preferably grassroots,” said Goetz.

There have been other natural disaster relief fundraisers on campus, most recently a dance-athon party for affected Caribbean and Latinx islands and nations on November 4.