Al-Iman has been off to a great year! 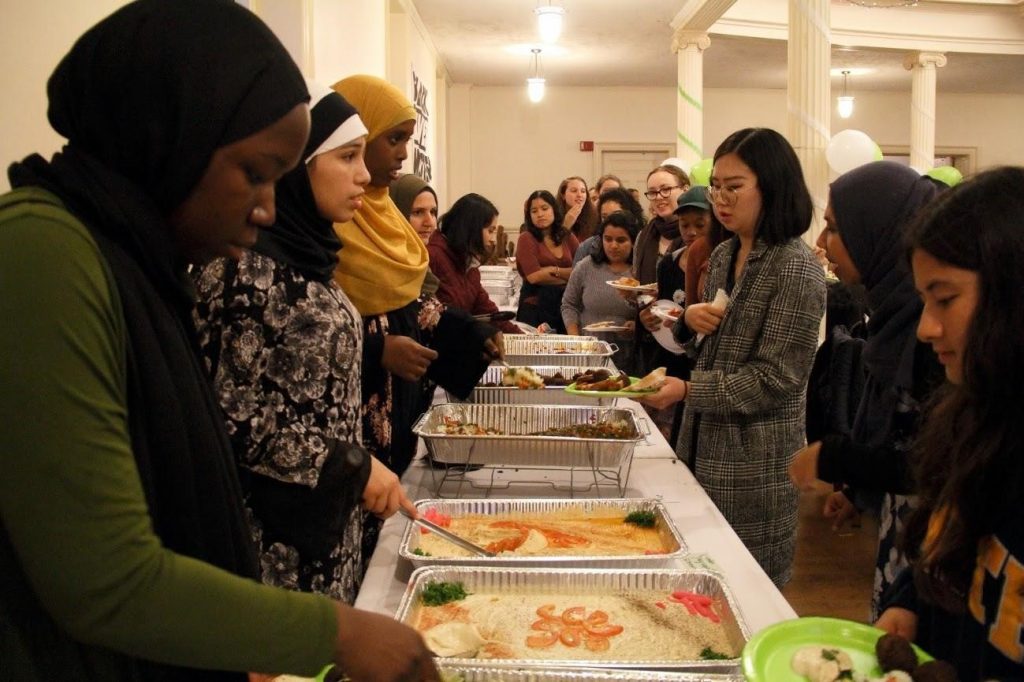 The organization hosted an Eid Dinner on October 17th to celebrate the Eid Al-Adha holiday that occurred earlier in the fall. Wadea Sakhta was the guest speaker, and there was a great turnout from the Smith community. The organization has also been helping to organize weekly Jummah (Friday) prayers and lunches for the Muslim community at Smith. Al-Iman has also been hosting bi-weekly “halaqahs”, a space to discuss various spiritual aspects to life.

This past Saturday (November 18th), Al-Iman partnered with BSA (the Black Student’s Alliance) to volunteer with Cathedral in the Night, an outdoor Christian community that helps those experiencing homelessness in Northampton. Al-Iman is also involved with a conference being planned by the Lewis Global Studies Center regarding “Contemporary Women in Islam”, which will have guest speakers such as Amina Wadud and Kecia Ali. The conference will take place in February of 2018.