Fear and Freedom: Hand in Hand

― Maya Angelou, I Know Why the Caged Bird Sings 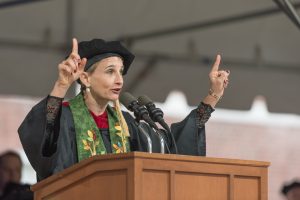 Here in New England, spring is happening while we go about our routines under the COVID-19 guidelines. Nature is freeing itself from the confines of winter, yet we do not have the freedoms to which we are accustomed. Many among us are living in fear, all of us are experiencing the small griefs of the loss of routines, many have experienced colossal losses of safety and health. 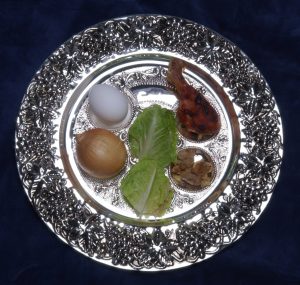 A Seder table for the Jewish festival of Passover

In both stories, when it comes to fear–the message comes loud and clear—the only way out is through. Passover celebrates the exodus of the Hebrew people out of slavery in Egypt to freedom. But in order to get there, they had to make a terrifying journey. The scripture tells us that when they got through the waters into the promised land, they rejoiced:

Then Miriam the prophet, Aaron’s sister, took a timbrel in her hand, and all the women followed her, with timbrels and dancing.

This story has been used in song and lore by enslaved African people for whom it brought great consolation and hope.

In the Easter story, Jesus is crucified at the hands of the Roman empire for his subversive political activity and radical egalitarian vision of love. He had to face the terrifying wrath of his captors. The story tells us that those who most loved him after his death, “shook with fear” when he became present to them once again. This fear then gave way to joy.

So maybe in this time of relative captivity, what we have to learn from these stories is not just the longing for freedom, but the fear we have to pass through to reach it.

Perhaps if we never felt fear we could never get free.

Free from patterns of thought that hold us back.

Free from the un-holy alliances with oppression, domination, and violence.

From the ways we trick ourselves into thinking we are helpless.

This week I suggest we notice our fears. Whether they be of illness, the future, the judgment of others. Some of our fears are self-made and some of them are imposed by society, some are physical—many are a mix of all of these. But when we notice and acknowledge our small fears, it can build courage, like a muscle, to tune into our large fears, and others’—in literal captivity– incarcerated people, detained people, those facing terminal illness and death.

And perhaps the journey to freedom is not linear, but gradual, and perhaps some chains take a lifetime to break. But perhaps without fear, there is not the urgent need to step out on faith, and we are more likely to stay in bondage.

Most of what we have to fear is fear itself. Let us take a lesson from springtime, the way the bulbs push themselves out of the cold earth, towards the sunshine, the way the trees open their arms to an unknown world.

A note about Easter: Originally, Jesus’ followers commemorated his death and resurrection on the 14th of the Hebrew month of Nissan, the first day of Passover. Easter or ‘Eostre’ was the goddess of dawn or new birth, celebrated in ancient Anglo-Saxon and other Northern ‘European’ cultures. Scholars have also conjectured a connection between term Easter and Babylonian goddesses Ishtar, Ashtoreth, Venus, and others. Together, we are many strands and faces of Faith, Hope, New Birth, and Freedom from the bondage of fear.  – Cathy Scribner, Chaplain and outdoorswoman from Missoula, Montana