The corona virus exposes unmistakable crises in capitalism. While we reconfigure our expectations and lifestyles because of a virus few of us knew about three months ago, we endure this unimaginable crisis under a ruthless economic philosophy that sacrifices people to make profits. We witness some of the worst and best of humanity: paranoid racist vigilantes attack Asian Americans, immigrants, or Muslims, while compassionate neighbors check on each other. Always feeding their self-interests, some rich people donate buildings to become hospitals, while callous others evict tenants. At our best, we demonstrate what social caring can look like under social distancing. 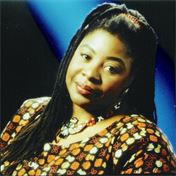 Some social justice activists ponder what an alternative economic system could or should do to transition from this racialized capitalist model euphemistically called democracy that has so miserably failed to protect our human rights and meet our human needs. Some people promote socialism or even communism as the solution.

Others demand democratic socialism, or parse themselves as social democrats. I believe the majority of people who promote these modified forms of capitalism are those who fail to incorporate a robust racial or gender analysis while attempting to appeal to people for whom those things are vital. They universally start at the macro instead of the micro: how do we care for ourselves by caring for others?

I don’t think any of those economic theories are viable options for moving forward in the U.S. for several reasons, none of which have to do with being fundamentally anti-communist or anti-socialist. Instead of succumbing to obvious red-baiting, my skepticism grows for two primary reasons, based on the glaringly imperfect ways countries manage their societies even with formalistic differences.

First, most if not all countries with alternative economic systems have also failed to protect the human rights of their people. Under extant capitalist, socialist, communist, and democratic socialist economic systems, oligarchies emerged even under purportedly radically different political formulas. The ruling class fearfully protect their privileges gained at the expense of the less fortunate. Few societies have purged the racism, sexism, nativism, xenophobia, homophobia, transphobia, indifference, and militarism analogous to what we oppose in the United States.

The treatment of political dissidents in China and Russia and their quotidian violation of human rights should alarm us, such as the suppression of free speech and the open flow of information. The entrenched authorities are frequently corrupt and routinely intimidate the populace with state surveillance mechanisms that violate civil liberties and human rights. The militarization of these societies prove that economic systems designed to be anti-capitalist can also fail to provide convincing alternatives if they don’t integrate radically different values.

Second, despite differing social contracts, the underlying value systems of these alternative economies can leave intact and reinforce many things I oppose such as intense alienation, bifurcated thinking, devaluation of individuals, the quest for military dominance, ethno-nationalism, xenophobia, religious intolerance, racial and gender injustices, and persecution of minorities.

China’s infamous one-child (now two-child) policies under an anti-natalist regime are no less noxious than the forced pregnancies of a pro-natalist country like the U.S. that denies abortion rights and reproductive justice. Each apparently oppositional ideology presumes to dictate what people should do with their bodies to bow to the ideology of the state. Stifling public policies enlarge empires to build wealth by exploiting others.

While the U.S. shamefully leads the industrialized world of the Global North in violating peoples’ economic, social, cultural, environmental, and sexual rights, other industrialized countries like China and Russia routinely violate people’s political, civil, and cultural rights as well.

Few countries have envisioned full protection of digital human rights, the right to the free and open flow of vital information. Granularly intrusive platforms like Facebook or Google are not restrained in their quest for monetizing people’s digital lives. Information that produce the most emotional responses–whether positive or negative or true or false–produce the most profits.

All nation-states, including highly-praised Scandinavian countries, show contempt for developmental human rights, the rights of countries in the Global South to develop their own national resources without expropriation by foreign countries and multinational corporations.

For instance, the U.S. and China compete to plunder the resources of Africa while keeping African countries from emerging as economic competitors controlling their own destinies. Neither of these empires prioritize saving the planet by mitigating climate change because making money means more to them than the vulnerability of humanity when nature strikes back, like with the COVID-19 virus.

Instead of alternative mega-theories based on what type of economic system prevails (as if money is everything), we need to begin to walk with tiny steps towards a re-imagination of global solidarity based on our relationships with each other. I’m not talking about who knows you and who you know. You should care about the persecution of Rohingya people in Myanmar even if you’ve never met anyone from there because their human rights matter as much as yours. We have to value their suffering as urgently as we take our own.

I embrace the transformative Ubuntu philosophy of human interdependence: the radical concept that each of us must recognize each other as part of the human family on which we are dependent. Our lives depend on the well-being of everyone else. As rich people hopefully are learning when they futilely built barricades and remote communities in fear of poor people, wealth cannot ward off a global pandemic. Not only poor people contract and spread viruses. The U.S. cannot insulate itself from climate change or pandemics by anesthetizing people through consumer culture.

We are all in this together, so while some people face greater risks, all are vulnerable to unpredictable and uncontrollable vectors because of the porousness of national borders. Disasters don’t care about citizenship, class, or identity, just as a lie doesn’t care who tells it.

Recognizing our inescapable human interdependence requires a radically different moral regime based on the inevitability of the butterfly effect. What one person does, experiences, or suffers can affect the entire world. It is not only humane to care about others, but eminently practical, wise, and futuristic.

So my rejection of alternative proposed mega-economic systems is based on them starting at the wrong macro place like capitalism did – the economy. I prefer to start in a different place, with morality, because sustainable economies and societies can best emerge from the sturdiest foundations: our values.

The human rights framework provides moral guideposts. Despite its flaws and lack of global enforceability, it is the most aspirational body of values, laws, and standards humanity has collectively articulated to date. The Universal Declaration of Human Rights should be standard reading for everyone.

Many countries have laws and policies on the books that could solve most problems, but lack the necessary moral convictions and political will. For example, Rev. C.T. Vivian, legendary civil rights icon and 2013 recipient of the Presidential Medal of Freedom, wrote in 1970 that the U.S. had all the laws it needed on the books to end white supremacy. The real problem was moral – U.S. society lacked a fundamental understanding of human interconnectivity translated into political will to use its laws to end racialized capitalism.

Dr. King called this a “revolution in values” to build the “beloved community.” Dr. King not only had a dream; he had a plan. In his last Sunday sermon on March 31, 1968 four days before his assassination, he asked that we build a global human rights movement. He died not for America’s wealth but for America’s heart.

Human interdependence is best expressed spiritually in a Judaic saying I learned from my dear mentor Shulamith Koenig. She frequently quoted a moral philosophy she learned growing up in Israel while fighting for the human rights of Palestinians: “My spiritual needs are my neighbor’s material needs.” In other words, if your neighbor suffers and you ignore it, you can’t be right with God, who demands empathy for and service to others as the passport to divine grace.

Just like the people who prioritize caring about who is hungry, homeless, elderly, infirm, stateless, incarcerated, or lonely, we need a global society based on universal compassion to express the best we can be for each other and ourselves. We can eliminate the false separation of our moral, spiritual, and material universes.

My vision for elevating the ancient South African Ubuntu philosophy of human interdependence is based on the pragmatism of universal love, evidentiary science, and inexorable realpolitik. Ubuntu says, “I am, because we are.” I’m calling in those who believe in the radical power of love to transform the world.

To paraphrase Eleanor Roosevelt, “Human rights begin in those small places, close to home.” I don’t care what the economic system is called but what it achieves: does it protect human rights or violate them? Does it care for the planet so we may live?

It should but instead I see people lining up at gun shops trying to protect themselves. How will they shoot a virus?

(This article was contributed by Loretta Ross for CRSL’s social justice newsletter.)

Bio: Loretta Ross is a Visiting Associate Professor at Smith College in the Program for the Study of Women and Gender for the 2019-2021 academic years.

She started her career in activism and social change in the 1970s, working at the National Football League Players’ Association, the D.C. Rape Crisis Center, the National Organization for Women (NOW), the National Black Women’s Health Project, the Center for Democratic Renewal (National Anti-Klan Network), the National Center for Human Rights Education, and SisterSong Women of Color Reproductive Justice Collective, until retiring as an organizer in 2012 to teach about activism. Her passion transforms anger into social justice to change the world.

She has appeared on CNN, BET, “Lead Story,” “Good Morning America,” “The Donahue Show,” the National Geographic Channel, and “The Charlie Rose Show.” She has been quoted in the New York Times, Time Magazine, The Los Angeles Times, and the Washington Post, among others.

She is from San Antonio, TX and lives in Atlanta, GA.