Think of Criticalhope as One Word

Critical hope seems at first to be a contradiction in terms–a clash of two universes of discourse.  “Hope” has to do with the experience of faith which inspires vision, which engages us in action and (hopefully) to a sacred, healing resolution.   “Critical” seems to come from the world of thought which leads to analysis which leads (hopefully) to truth.  Alternatively, the word “critical” implies crisis and omnipotent need–a critical care unit in a hospital–a sense of being on the brink.

I’ve always thought of hope as something we do in spite of circumstances.  But perhaps hope itself must evolve.  I’m starting to think of “criticalhope” as one word.   It is the ability to see the suffering and pain in the world.  It is the clarity to know that pain and suffering could be alleviated by actions talked about and never taken. It is vision with a drop of cynicism. 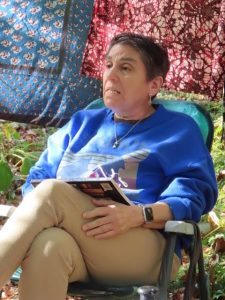 I have an image seared into my mind from childhood.  I was watching television and saw Jack Ruby shoot and kill Lee Harvey Oswald in Dallas Texas in 1963.  I was 13 years old.  I still remember Oswald’s face in that moment even after half a century.

The  eyes are the windows to the soul.

In this moment I have so many deaths seared into my very soul.  “I can’t breathe” has become a mantra of horror.  We are bombarded by false information and fear mongering.  We see violence and oppression occurring before us as it happens on a daily basis.  It is a new paradigm. We can no longer hide from the suffering of our fellow human beings. I see  us as having two choices.  We can either go mad overwhelmed by it all, or we can engage in “criticalhope.” What does that look like?

To roll one’s eyes but still go to the demonstration.  To put on a yellow shirt and be in the line of grandmothers protecting demonstrators even if it will have no obvious effect.  To write legislators, to support organizations dedicated to change, even if we are not sure change will ever happen.  There is a phrase in Hebrew which doesn’t really translate into English–davka.  I translate it “because of/ in spite of.”  I see my powerlessness, so davka, I go out and act. I see racial inequality as too overwhelming, so davka I work to end it.  I see so much hatred in the world, so davka I am more firm in my belief in human love.

My faith has been powerfully challenged so davka I believe that “criticalhope” will save us all.