The War in Afghanistan, 9-11, and our Interconnectedness

I thought it was a good idea to bring attention to the handling of the events in Afghanistan by the U.S. military last month through Generating Justice and Joy because it demonstrates the confusion, complexity, complicity, and connection that so many parties have in shaping the course of history. 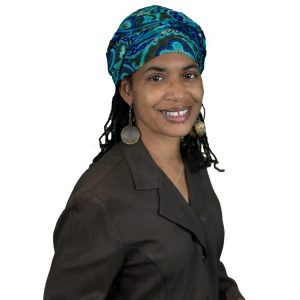 I remember starting a new job on 9-11-2001 and hearing the disparaging comments about Muslims. It was difficult spending the day in training and overhearing short bursts of news on the “terrorist attack”  on the World Trade Center. As a Muslim who is Black, I was used to being on guard because of my religion. I quickly understood that, in a matter of minutes, life had changed drastically for all Muslims in America.

As we make assessments which are instinctively human, we must ask ourselves what are the root causes, effects and impacts of the issues that we face in this world.  9-11 created an interconnectedness that has become a part of American life.

Interconnected – having all constituent parts linked or connected.

Interconnectedness – the state of being connected with each other.

We have become interconnected due to 9-11 and the War in Afghanistan in significant ways.

Both events did not create Islamophobia in this country but certainly intensified and exacerbated it.

During 9-11 Muslims experienced a harsh new reality of hatred for their religious beliefs, ethnicity, country of origin and dress, especially Muslim women.

Americans witnessed the passing of the Patriot Act without hearings or debates by Congress, forever changing airport travel; the demonizing of Muslims placed on unconstitutional FBI watchlists, making them subject to screenings, interrogations and torture.

Innocent non-immigrant men were forced to register with the “National Security Entry-Exit Registration System. Anti-Muslim bills were introduced in the legislature by Islamophobic politicians, culminating in Trump’s Muslim Ban, which banned travel from seven Muslim countries – Iran, Iraq, Libya, Somalia, Sudan, Syria, and Yemen–and suspended the resettlement of all Syrian refugees. Since then another six countries have been added to the Muslim ban.

Emergency EMT workers, firemen, police, volunteers from all different sectors of disaster management, and the innocent victims killed in the explosions, families, co-workers, New Yorkers and every enclave in the U.S. – were all forever impacted – interconnected.

America’s longest war in Afghanistan, the support of the Taliban by the U.S. government, Osama Bin Laden, the toppling of a democratic government in Kabul by the Taliban in just 11 days after withdrawal of U.S. forces have caused grief, mourning, trauma and tragedy for Afghans, for Muslims worldwide, and for Americans. Interconnectedness.

We ask ourselves will we ever recover? Our unfathomable anguish has created interconnectedness.

Military catastrophes, the thirst for vengeance, ineptitude, a resurgent Taliban, an unthinkable U.S./Taliban peace agreement, the collapse of the Afghan government, a botched U.S. evacuation process, over 60 Afghans killed, 13 U.S. service members dead, thousands of Afghan refugees, Afghans left behind; the rights of women vanishing in thin air; white supremacy; American Imperialism, the hatred of Muslims and the hatred of The United States. Interconnectedness.

The Holy Quran (2:155-157) reminds us of the difficulties we experience in life.

We will certainly try you with something of fear and hunger and diminution of wealth and lives and fruits, and give good tidings to the ones who remain steadfast, those who, when an affliction lighted on them, they said: Truly we belong to God and truly we are ones who return to Him. Those are they on whom blessings will be sent from their Lord and mercy. And those, they are the ones who are truly guided.”

This suffering on all sides has dramatically affected each and every one of us in ways we can never know. Our interconnectedness is clear. Let us pray for one another. Let us hold each other dear. Let us understand we all exist together. Let us become more united to get through this pit of sorrow. Let us understand that some of us bear the weight more heavily than others. Let us lift our voices and speak out against injustice and create a new reality. Let us nurse this interconnectedness by starting here and now.

This evening we are here to share what we have experienced as a nation, as a community, as human beings. I will read to you the guidelines developed to help us in this process.

– I’m willing to put the problem(s) in front of us rather than between us.

– I am willing to hear other perspectives than my own.

– I am ready to hold myself and others accountable to dismantling harmful binaries that tend to divide and oversimply.

– I will make my best efforts at making this a Brave space, and am here to have dialogue and support and be supported.