Memory and Historiography–the writing of history–are two forces that stand in opposition for the heart and soul of a people.  Of the two, memory has much more power than history.  I learned this from a small book I read in the eighties as a feminist.  The book is called Zachor, by Y.H. Yerushalmi. Zachor is the Hebrew command form: Remember!  Yerushalmi tells us that the word in various declensions occurs over 160 times in the Bible.  I read that book and my eyes were opened.  Enlightenment.

I understood, finally, why women could hold factory jobs and even be “foremen” during WWII and yet be confined to the “housewife” role as soon as the war ended.  I understood how women could be incredible and daring pilots during that war and as soon as the war ended, the idea of a woman pilot became laughable.  I understand now how black women could be the preeminent mathematicians who drove the space program yet have the doors to academic math programs closed to them.

These events are there in our history, but they have never entered our collective memory.  Memory is about meaning.  Memory is active.  One participates in memory, Yerushalmi says, in two powerful modes: ritual and recitation.  During the Jewish Passover Seder, one recites the biblical passage that begins, “My father was a wandering Aramaen…”  My father–first person.  My father, not my mother.  The yearly recitation and ritual is more powerful than the fact that, obviously, mothers as well as fathers left Egyptian slavery.  In fact the whole story of  the redemption from Egyptian slavery is a memory.  Historically it’s not even recorded. But the memory of this event, the ritual of it, the telling of it, is the one of the foundations of Jewish identity.

Jewish practice was not interested in history for a long time.  In fact the actual study of history and historiography are new to the Jewish culture.  History, as history divorced 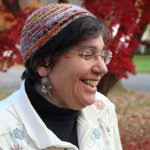 from faith and ritual, only began to be studied in the 1800s says Yerushalmi.  To this day, Holocaust Memorial Day is not recognized in the Ultra Orthodox community.  In fact, the only post biblical holiday that exists on their Jewish religious calendar is Chanukah.  And even then, the rabbis saw to it that Jews ritualized and recited the a-historic miracle of the single cruz of oil burning for eight days, not the historic military victory of the Maccabees over the Greeks. What is also essential in memory, writes Yerushalmi, is forgetting.  It is easy to forget that which is not ritualized and recited.  Martin Luther King does not have to enter the memory of white America if there is no yearly Martin Luther King day with a recitation of his deeds and the times in which he lived.

There is a command by God in the Bible. “Remember…Do not forget.” Black people have been killed and harmed by police officers for centuries, but white America continues to labor at forgetting those deaths.  Without ritual, commemoration, recitation; with only written history, events fade and disappear.  They become short paragraphs in obscure history papers.

This last year must be remembered.  We must commemorate what we all have lived.  We must recite the truths about racism, about the acts that were committed–as well as those that were further revealed–, and the heroic resistance to those acts..  The country needs an annual Day of Reckoning where we gather in ritual and recite the tale, acknowledge the sins we have tried to forget, and then pledge to remember.